Clams Crimsonique and other brown moments are things to savour. Here Tony Levin explains what happened when something goes wrong in a number like The ConstruKction of Light.

Allow me to explain.

It happened during “The ConstruKction of Light”, a particularly complex piece. I’ve mentioned in a few interviews that to me, Trey Gunn’s touch guitar part on that piece is the best I know of, for utilizing what the instrument can do, and complementing the music in a unique way.

But it’s really tricky… took me ages to learn, and even now that I’ve got it down, things can go wrong at any point.
And tonight, things indeed went wrong. It’s hard to say where it began… hard, not because I don’t know, but because I know it was because of me!

Only a little error… pausing four beats instead of six. (there are various pauses of both lengths in the piece.) But in this piece, we’re not all playing in the same time signature, so the two guitarists, hearing me enter early, didn’t know when to enter with their parts… opted instead to let me keep going on my own.

And I did keep going. The drums are out in that section, so it was just me, playing on and on in a complex eighth note pattern, hoping someone would come in. That lasted for ages (to me) and finally the drummers and I came together with the 15/8 figure that signals the end of what could be called the verse.

But then, a new issue.. would the guitars enter with verse two, or, not having played anything yet, start in on verse one. Alas, they didn’t agree on that. They came in with both, hence in different keys! The ensuing harmonic mess left them no choice but to stop again, leaving… you guessed it, just me playing alone again.

By now, we certainly knew we had a problem about how to bring this piece together. There’s no just counting ‘one two three four’ when one player’s in 28/8 and others in 7/4 offset a quarter note from each other, and the drummers waiting to join in in 15/8 to signal finally getting beyond the verses!

I could have just stopped and admitted defeat (maybe thrown up my hands and shouted “Thank You” in a Spinal Tap maneuver.) But, right or wrong, (well, wrong or wrong) I persisted.

Well, happy day, eventually we somehow came to a consensus and began playing pretty much the same piece. From then on it was easy. And, who’d have thought, we had no worries about “Fracture”… it couldn’t possibly go as badly as “TCOL” had. 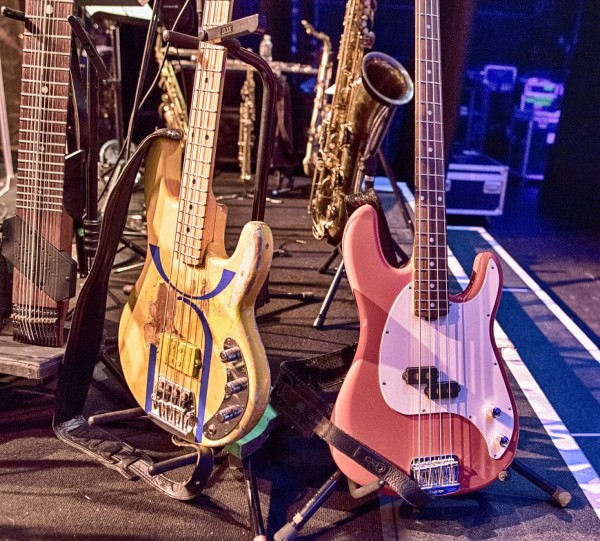 Clams Crimsonique and other brown moments are things to savour. Here Tony Levin explains what happened when something goes wrong in a number like The ConstruKction of Light. “A Crimson train wreck is, well, not like other bands… a King Crimson train wreck takes out the whole train station. And maybe the town it’s in! Allow me to explain....

Written by Steve Sanford
Train Wreck or Rare Treasure
Tony called TCOL of July 10th at Red Bank a train wreck but sometimes you just can't stop watching for the crash. Sitting 2nd row that night positioned with a view between Pat and Tony aware that something different was coming our way. As Tony soloed on bass and smiles came to the faces of a few bandmates, I thought; now this is going to be interesting. "Train wreck" or a rare treasure where the band managed to maintain the discipline necessary to correct course and produce a version of TCOL ;while not perfect , was certainly a special moment. Thanks for posting for download and for the upcoming shows in the South. See "ya'll" in Austin, Atlanta and D.C.. 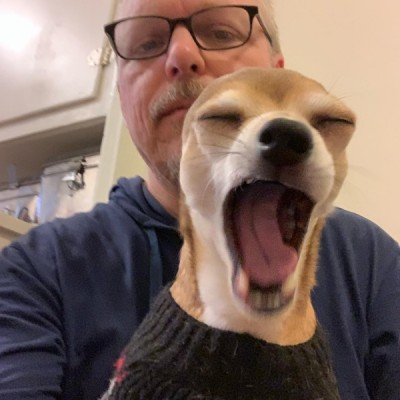 Written by Steven Smith
Grace under pressure
Speaking as one who was in attendance, I'm very happy for the opportunity to revisit what, at the time, felt like an amazing instance of superior working musicians not only owning a mistake, but also showing how recovery on the fly can be a unique adventure unto itself. Given that there's been so much curiosity about this particular performance since Tony's diary post about it, it's both natural and a show of great confidence that the band and DGM would choose to share it. (Curiously enough, I heard a different KC lineup crack up at the same point in the same composition at the Supper Club in 2000…but that time it was stopped and rebooted: https://www.dgmlive.com/albums/supper-club-new-york-united-states-1)

Written by David Leibovitz
Raw, Real, Radical Release
A much appreciated release from DGM HQ today. Experiencing this incarnation of the band is an exciting, grand, almost inhuman experience - this Eight-headed beast is truly a Beast! But it's refreshing and quite "human" to hear a performance that's unabashedly raw from this band. The band smooths over the mistake well enough for casual listeners to perceive this as an experiment or deliberate move. Well done. And at least we're all treated to a moment of isolated Chapman Stick playing, on one of the instrument's great pieces of music. This is a fine, sure to become classic moment of King Crimson 2017.

Written by Alex Durante
Give us Fracture!
Let's get Fracture as the free download from the show. While the Construkction of Light trainwreck was admittedly enjoyable in its own way, Fracture was played perfectly that night. Even Robert agrees!

“Thank you very much. Good evening, Noo Joisey,” quips Adrian Belew after the band has romped through their opening...