David Singleton, King Crimson manager (and much else besides), has just written this update concerning the prospects for King Crimson's touring plans during these uncertain times. . .

We know that many who have bought tickets, or hope to buy tickets, for King Crimson shows this year eagerly await positive news. It would be wonderful to announce definite plans to give us all something to which to look forward. Sadly that is not yet possible. We continue to work around the significant issues created by the pandemic, not least the considerable uncertainty about when large scale concerts will be safe to resume.

King Crimson are currently keeping options for two touring schedules in the USA this summer, followed by Japan in the winter.

The first period in the USA, with concerts in the Southern States, probably starting in Florida and ending in California, would be mid-July to early August. The second period, largely on the East Coast and Canada, would be late August to mid-September.

Those are the only touring periods available to the band in the USA, so we wait to see exactly which shows it will be possible to play.

Much will depend on the success of the vaccine programmes on both sides of the Atlantic. We will announce dates as soon as we have them.

For those with Royal Package or other tickets, we do still hope to play the vast majority of the cities from the original tour schedule.

All being well, we expect to close the year by playing Japan and possibly Australia in November and December.

In the meantime, we hope that everyone keeps safe. 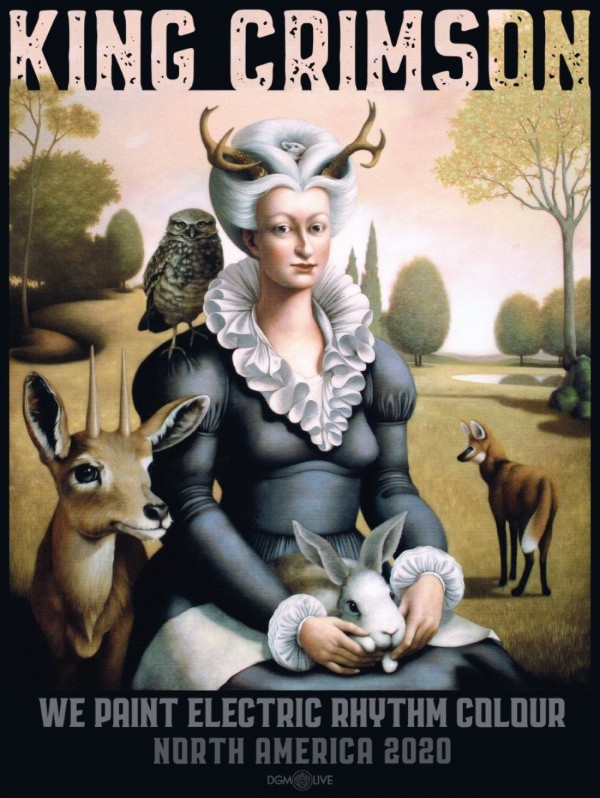 Music For Quiet Moments 45 flac is now up and running, sorry for problems on that one, it's the...

Failure To Fracture in...

Three Of A Perfect Pair...

King Crimson’s 1984 album “Three Of A Perfect Pair” will be released this Thursday, March 4th,...

Starless video has over 10 million hits

King Crimson’s album “Beat” from 1982 will be released this Thursday at 11am CET in the...