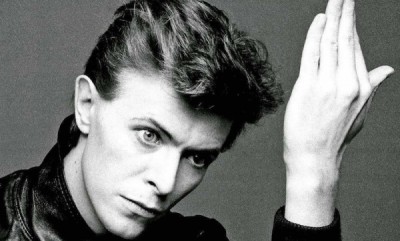 David Bowie's Heroes has notched up a fair few cover versions over the years. With Robert Fripp's distinctive sound forming a hook where none had previously existed in the writing stage, the tune has caught the ears and imagination of many a performer, including two different incarnations of King Crimson. Happy mag has gathered a bunch of them in one place, including King Crimson's version from 2017 and Fripp's appearance with Blondie... 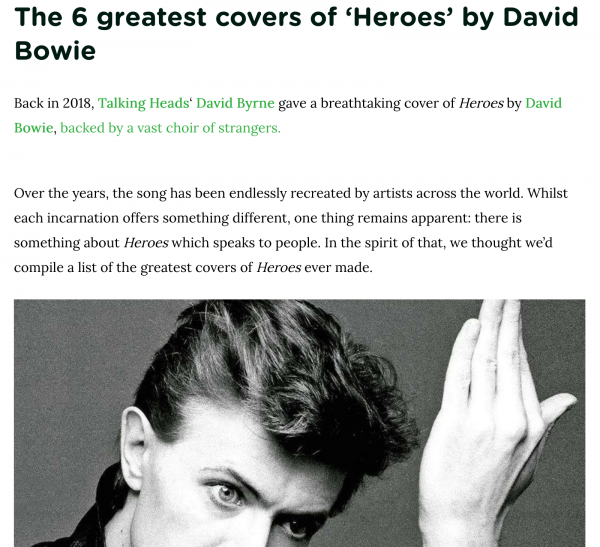 The decisive and distinctive quality of Fripp's contribution as a featured player on the original recording is clearly laid out by producer Tony Visconti in this BBC documentary on Bowie... 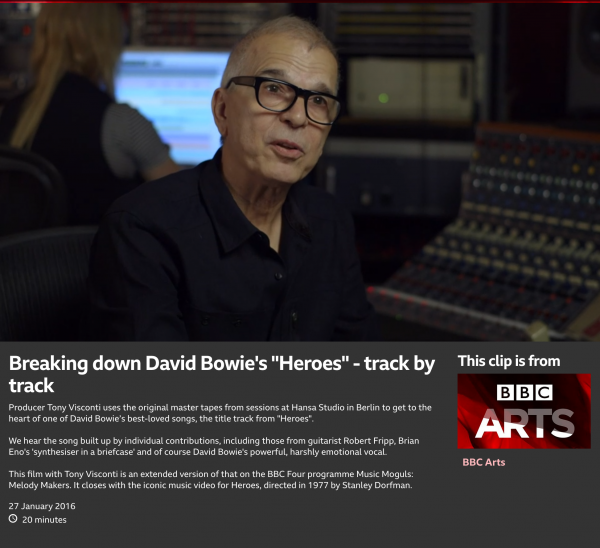 Visconti discusses how Fripp added his parts on the track at 4.50 into the clip