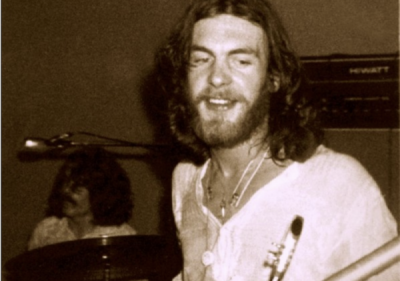 The death of King Crimson co-founder, Ian McDonald, has been announced by his son Max. In a post on Facebook, Max wrote,

I’m deeply saddened to tell you that my father passed away yesterday from cancer. He was incredibly brave, and never lost his kindness or his sense of humor even when the going was rough.
My father was a brilliant, intuitive musician, a gentle soul, and a wonderful dad. He will live on forever through his beautiful music and the love of his fans. Thank you all.
Ian's contribution to King Crimson was invaluable and profound. Writing in the sleeve notes to the Epitaph box set in 1997, Robert Fripp noted, "Ian brought musicality, an exceptional sense of the short and telling melodic line, and the ability to express that on a variety of instruments." 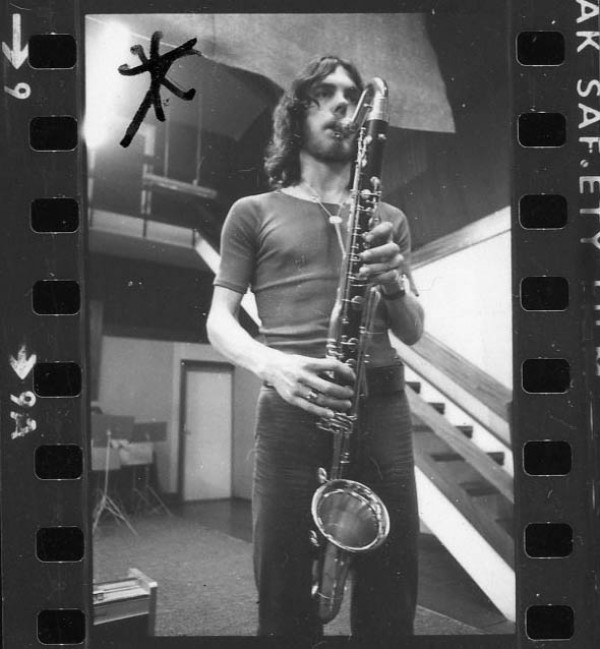 Ian McDonald 1946 - 2022
Ian during the recording of King Crimson's debut in Wessex Studios, 1969.
Jakko Jakszyk said of McDonald, "I worked with Ian for 2 years in 21st Century Schizoid BandIt was a privilege to play and tour with Ian. He was so encouraging and supportive of me in bringing those iconic songs of his to life. He was a gentle and at times troubled soul. I spent many hours on long late-night calls from him in New York. I last saw him in 2019 when Crimson played at Radio City Music Hall. You could forgive him for feeling weird or uncomfortable at witnessing most of his contribution to the first Crimson album up on that stage. But he couldn’t have been nicer about it. He said it sounded wonderful and better than ever and made him feel proud. A sweet man who was always lovely to me and had my back when things got difficult"

The news of Ian's passing has been widely featured in the press and online... 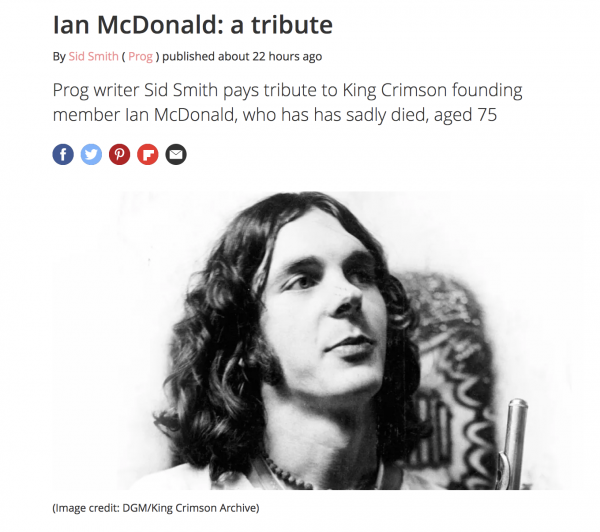 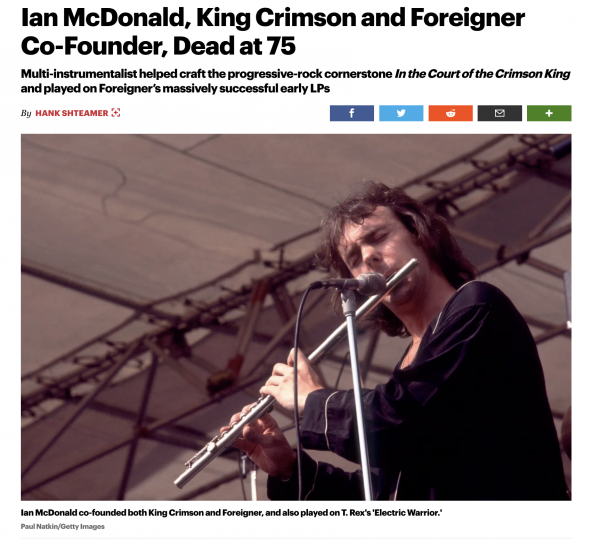 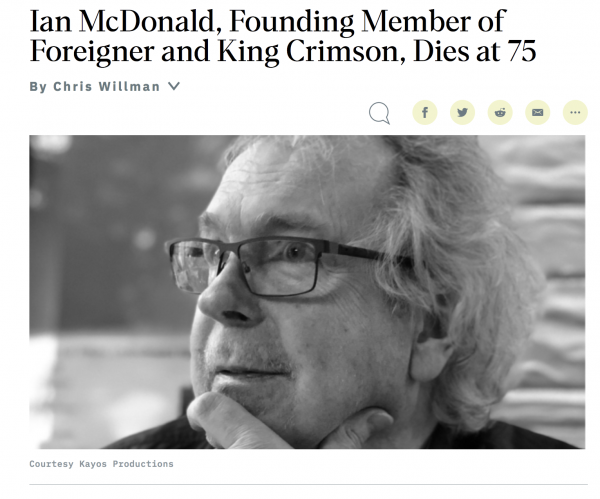 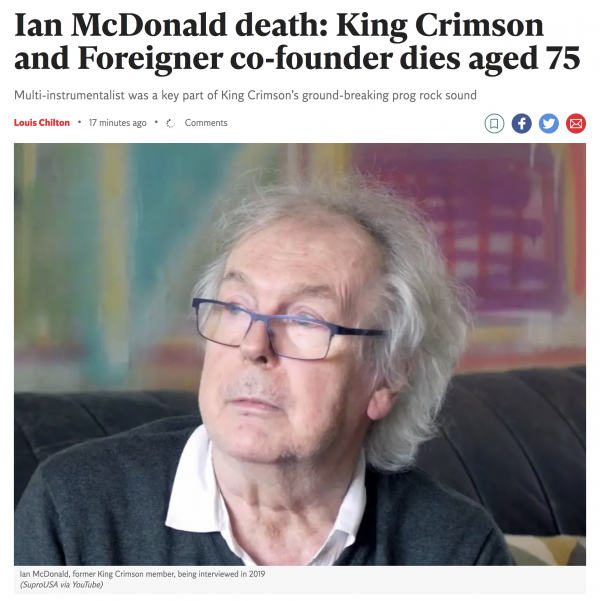 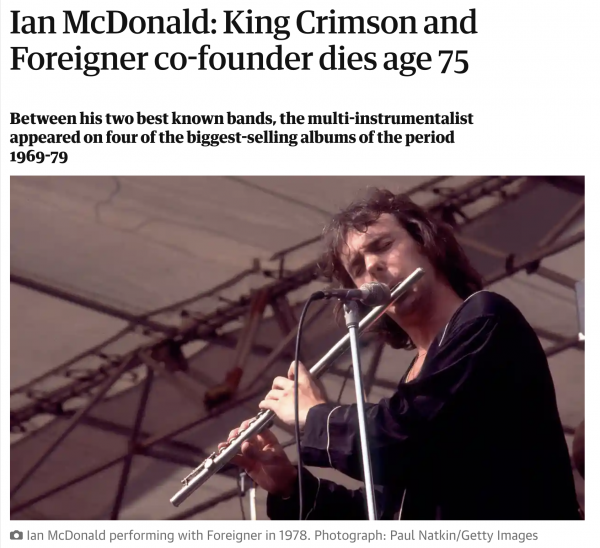 That Awful Man And His Manager

RF: In response to an overwhelming demand from innocents seeking to give away their hard-earned pay...

That Awful Man And His...